1. They Don’t Create Competition Real estate agents argue for open homes by saying that having a crowd of people in the property all at once creates a feeling of competition or scarcity for the property and therefore will entice people to make higher offers sooner.  This is not necessarily true. A great example is that of a good friend of mine who bought a home he saw at an open home.  He overheard another couple discussing what offer they would give to the agent and thought he would try his luck by giving an offer for $2,000 more.  His offer was accepted despite the fact that he would have been willing to pay more. Open homes attract all sorts of people, most of whom have no real intention of buying that particular home.  Potential buyers at an inspection are often very good at reading the vibes of their competition and can pick them from those who are just having a sticky beak.  Often, not knowing who their competition is, is a more powerful emotional and psychological influencer for your buyer than seeing them face-to-face. The imagination of people has a tendency to inflate the threat of competition when they don’t know who the competition is.  In the case of your buyer, of course it helps them if they know who their competition is (better the devil they know).  For you, selling your property, it is better the devil the buyer doesn’t know. On the flip side of a busy open home is one where there is only one visitor, which does happen.  If this person is truly interested in your home, but sees that they are the only one looking at it, they will factor the lack of interest into their negotiation and may attempt to negotiate the price down or give a very low offer.

2. Lack of Control of What Your Potential Buyers Hear

Because of the short duration of open homes, there is often a higher concentration of people in a given space, some of whom may be your potential buyers.  Many couples attend open homes and talk to each other about what they see, and because no home can please everyone, they will point out and talk about aspects of your home which they think are negative. No real estate agent can control the negative things sticky beaks say about your home within earshot of your potential buyers.  Unfortunately, those truly interested potential buyers may not have noticed those ‘negative’ aspects of your home if they didn’t overhear these conversations.

3. Loss of Potential Buyers Due to Inflexibility

Even though open homes may be advertised quite a number of days or even weeks ahead, there will always be people who will not be able to attend that relatively short 30 or 40 minute inspection for whatever reason.  They will invariably call the agent shortly after, asking to see the property later that afternoon, evening or in the next day or two. Many busy agents will decline this request and ask the person to come to the next open, which could be the following weekend – a week away.  There is a risk of losing a potential buyer by not making the home available at any other time other than the scheduled opens.  As with most opportunities in life, you have to strike while the iron is hot, which in this case means being flexible enough to show the property to potential buyers, especially those who make the effort to call and ask to see it.

Traditionally, open homes were the best place for agents to prospect for their next customer and this is still the case.  For many people, in order to buy a home, they also need to sell one and agents are in a great position to discover this when they are welcoming people to an open home.  Real estate agents send you away from your home during an open because they don’t want you to see that they are using it as an opportunity to look for their next customer. Another reason why they send you away while the open home is being held is because they don’t want you to see how easy the process is.  This is exactly why many busier real estate agents and larger agencies will send their juniors to conduct the open. Open homes are also preferred by agents because it is one of the few times that they will have the opportunity to be seen to be putting ‘effort’ into the campaign.  I deliberately used inverted commas for the word effort, because there is not much work to be done at the open home, and there is nothing an agent can do there to make people buy.  Despite this, they need you to see the ‘effort’ they are making by turning up at every open in order to justify the unjustifiable commission that they will charge you. Unfortunately, few people realise that 95% of the most important steps in a marketing campaign will have been carried out well before the first open home is even held.  Whether these steps have been done well or poorly will have a much greater impact on the success of the campaign than the open home itself.

The truth about open homes is that they attract a large number of unqualified people, most of whom will be ‘sticky beaks’.  They will include your neighbours, people from down the road and others who happen to be in the area at the time.  In this situation, it is much harder to spend valuable time with the serious few whose intention is to purchase, not to mention keeping an eye on everyone to make sure that the ‘sticky beaks’ don’t turn into sticky fingers. Theft is not an uncommon occurrence at busy open homes, especially where there is more than one way in and out of the property. A fake name and telephone number is all too easy to give to an agent for someone with such questionable intentions.  Some shady characters even attend open homes to scout the property with the intention to return later.  Real estate agents will generally deny that this ever happens. These are the likely reasons why open homes are not common in the US, which is a market that dwarfs our own.  In the next post, I will reveal the better way to display your home, when selling and the reasons why. For more information, please visit: www.revolutionaryrealestate.com.au]]>

David
David
Years of industry and personal experience led me to develop a unique, proven method to help people achieve a higher sale price for a fraction of the cost, without the risks of an unprofessional private sale. 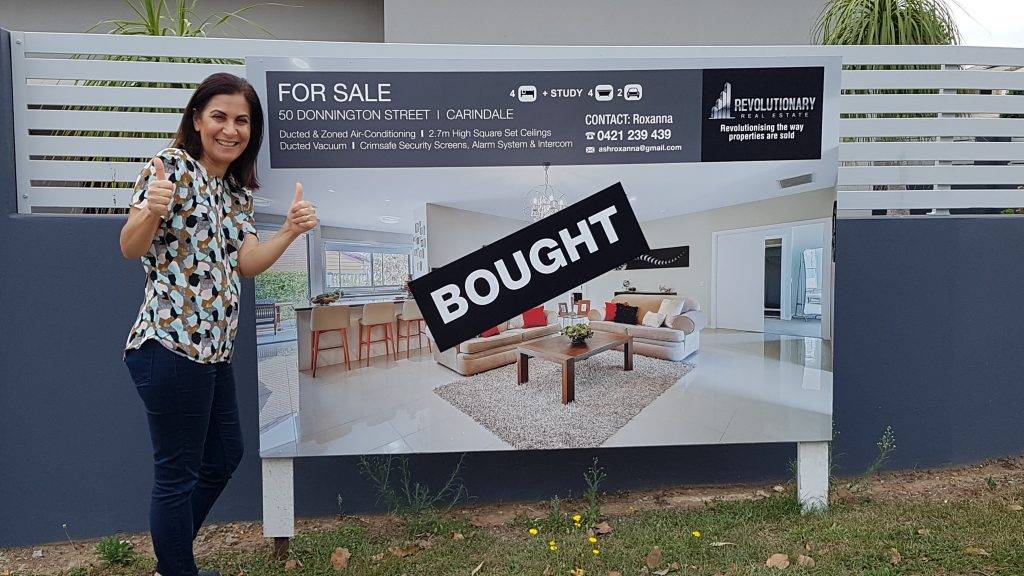 2 Reasons Why 70% Of Private Sale By Owner Transactions Fail

Avoid the 2 reasons why most private sellers fail /wp:image wp:paragraph A…
Read More 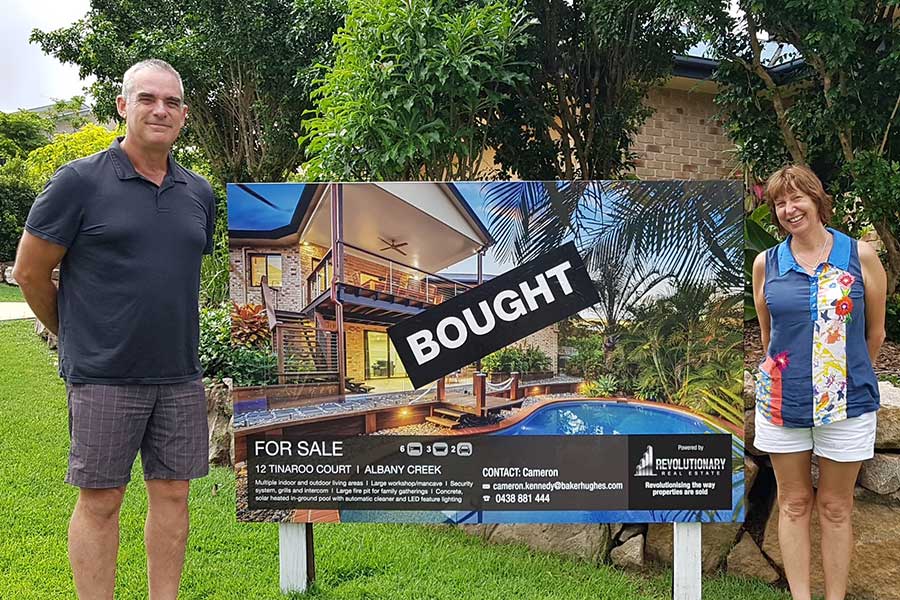 A record sale price and a massive saving meant that Cameron and Terena pocketed $70,000 more than they would have. 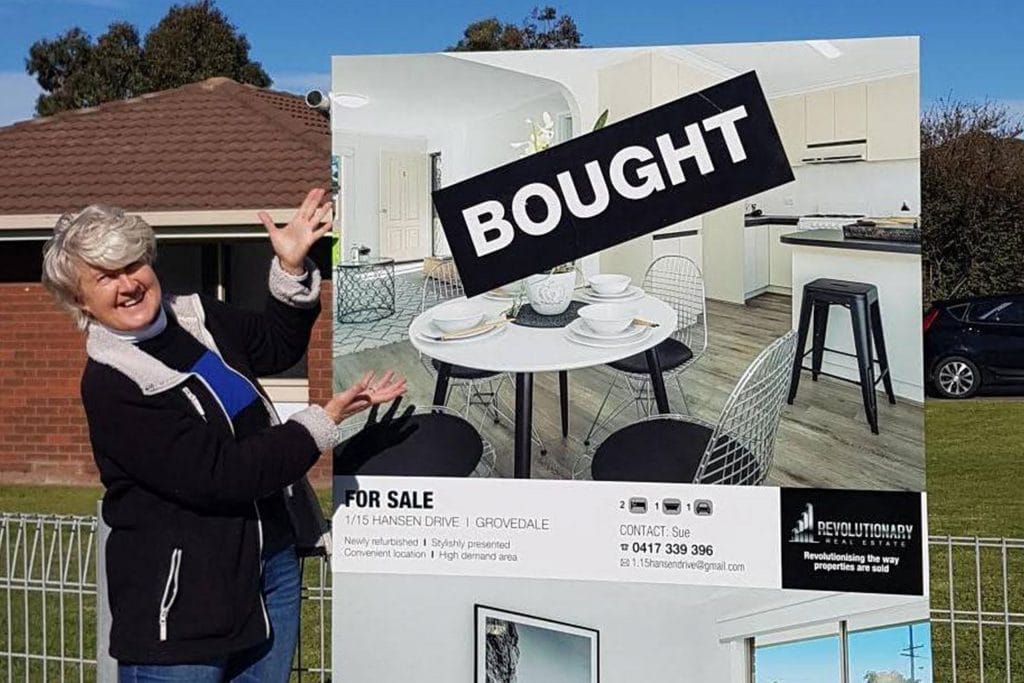 Sue’s townhouse sold for $60,000 more than her next door neighbour’s identical property. 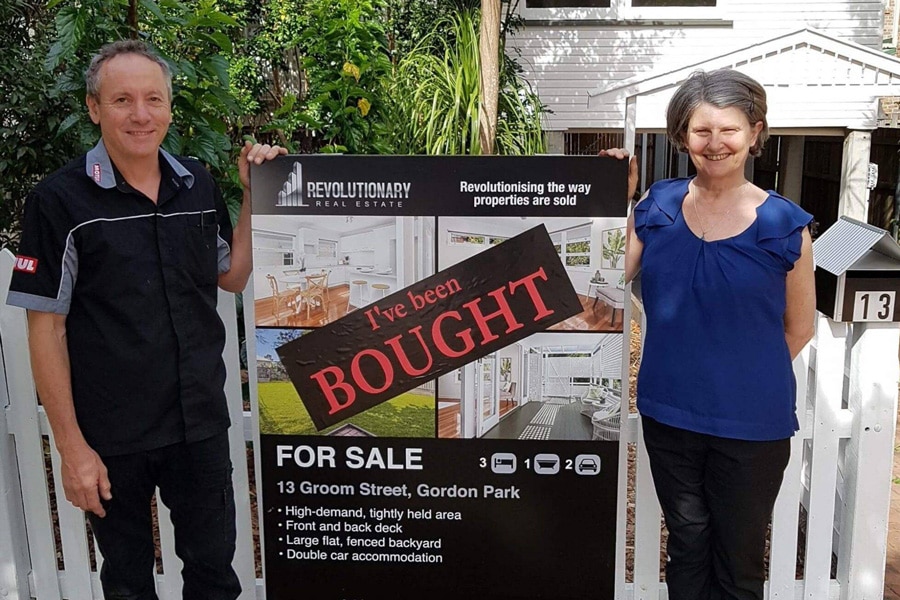 John and Helen sold for $100,000 more than their local agents said they would.

Briar and Luigi sold for $70,000 above an independent valuation and saved a further $20,000 compared to an agent.